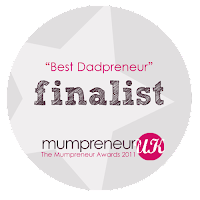 entrepreneur, Chris Griffiths, has earned himself a place in the final lineup of the "Mumpreneur Awards" -

of juggling business with family life.

The father of 2 from Newton Mearns, in East Renfrewshire, runs NUVO Limousines, a wedding

"Mumpreneur UK", a support network for mums in business. The organisation was launched after discovering a need for events and support specifically catering for parents who have to fit their business around their care of the children.

Chris has been shortlisted for the ”Best Dadpreneur” Award, which is given to a father who juggles family life with

running a business and who has mastered the art of multitasking to grow a fabulous business for his children.

Having launched NUVO Limousines in June last 2010, in order to be able to run a business around his family

commitments, Chris hopes be in with a shout for the prize. 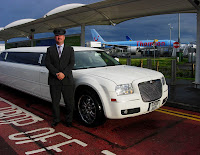 Having reached the finals of the Mumpreneur Awards, Chris said “I am delighted but surprised to have been recognised for my achievements in business and to be complimented for the effort I put in to our family life. I'm eager to find out who will win the “Best Dadpreneur” award, particularly as Scots entrepreneur & star of BBC's Dragon's Den, Duncan Bannatyne, is involved in the judging.”

Chris will have to wait until 25th September, when the winners will be announced at the Mumpreneur UK Conference, sponsored by Yell and DHL Express, being held at the Heart of England Conference Centre in Warwickshire.

2. For more information on the Mumpreneur Conference & Awards 2011, contact Laura Rigney on 07855240442 or email hello@mumpreneuruk.com

Posted by Chris Griffiths at 12:16

Chris Griffiths
Nuvo Limousines provides you with the highest quality of wedding car and luxury executive limousine. The exceptional service for weddings, special occasions and business is matched by the immaculate and pristine cars as well as the first class chauffeurs. We are passionate about our cars and our enthusiasm extends to making sure you really enjoy the experience of being chauffeured by Nuvo Limousines. We aim to provide the best chauffeur driven limousine service and we are committed to the highest quality of service and safety standards. Our cars are meticulously maintained and turn heads.